Rent to Own Homes in Castro Valley, CA

Healthy population: Castro Valley has a healthier population versus California as a whole. Recent statistics showed that the adult diabetes rate stood at 6.9% versus the California rate of 7.3%, whereas the adult obesity rate stood at 19.3% versus the state rate of 21.3%. Rent to own in the city, and keep in shape at the Burlingame Aquatic Club and at Castro Valley Soccer Club.

Check out 296 Castro Valley, CA rent to own homes for sale, which may include auction properties, for sale by owner, and more.
1 of 48 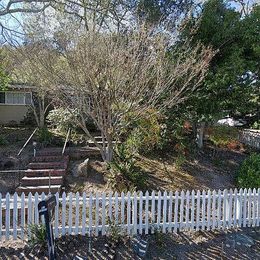 Search for rent to own homes in cities near Castro Valley, CA

Low earthquake propensity: The city has a lower propensity to the occurrence of earthquakes as compared to the California average. Enjoy yourself, worry free, at the Alameda County Fairgrounds where daily horse races, concerts and food are commonplace; or simply relax at Chabot Regional Park.

High education level and low unemployment level: The number of residents holding a bachelor's degree or higher in their kitties, in Castro Valley, is much above that of California, as a whole state. The unemployment rate, too, in July 2013 was 7.8% versus the California state rate of 9.3%. When you rent to own a house in the city, join your intellectual neighbors at the World of Wonders Science Museum and Chabot Space and Science Center.

Increasing household incomes: It was estimated in 2011 that the average household earnings were $78,575 as opposed to where it stood at $64,874 in the year 2000. The state average in 2011 was approximately just $57,300. Raise a toast to successful times ahead at the Westover Vineyards and later for a rejuvenating session at Lake Chabot Spa.

Hone your sporty skills in the birthplace of many sport legends: Castro Valley is the homeland of many successful sports icons, including Casey Wellman, the ice hockey player; and Ed Sprague, Jr., renowned baseball player. Explore your sporty side at the Scandia Family Center, which is a 9 acre park replete with mini golf courses and other activities; or try your hand at go karting at the Malibu Grand Prix.

Visit an aviation museum: Head down to the Oakland Aviation Museum which houses various aircraft, flight simulators and even the famous flying boat from the Indiana Jones series. Also make a trip to the USS Hornet Museum which plays home to the aircraft carrier which served in World War II.

Head to other unique museums in the city: Visit the Hiller Aviation Museum, which over a space of 53,000 square feet, houses airplanes, and offers narrated tours and simulated flights over San Francisco Bay. The Blackhawk Museum is a unique museum depicting cars from all eras of auto history and houses over 90 classic automobiles.

Indulge your inner child: Explore the exhibits at the Museum of Children's Art and the Children's Discovery Museum of San Jose.

Explore yet other interesting museums: Pay a visit to the Pacific Pinball Museum and the Bay Area Discovery Museum, for interesting discoveries.

Walk down to the city theaters for a relaxing break: Watch a movie at either the Historic Bal Theater and the Four Star Theater.