Rent to Own Homes in Garden Grove, CA

Garden Grove is located in Orange County, California. A stable community with a population of approximately 180,000 and a median income of over $61,025, its housing market is currently increasing in value at a rate that is much higher than both state and national averages. Exemplified by its motto, "The City of Youth and Ambition," Garden Grove is a city defined by its progressive, vibrant outlook. Located less than one mile from Disneyland, seven miles from Knot's Berry Farm, 10 miles from the nearest international airport and nine miles from the beach, it could not be better situated. Neighborhood schools are some of the best and safest in the country. With so much to offer, it isn't surprising that properties in the area are coveted. Garden Grove's culture diversity lends itself nicely to the creation of a friendly, spirited and balanced community. Incorporated in 1956, the city provides an established infrastructure, which in turn means excellent services and a low crime rate. Whether potential new residents seek a house for sale or rent, or want to consider a rent-to-buy transaction, Garden Grove awaits.

Check out 296 Garden Grove, CA rent to own homes for sale, which may include auction properties, for sale by owner, and more. 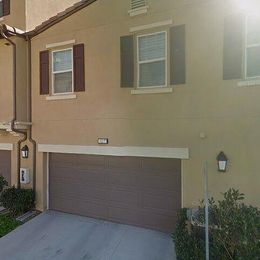 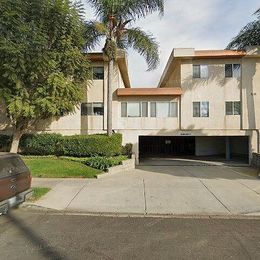 Search for rent to own homes in cities near Garden Grove, CA

Housing Statistics Recent statistics show that between 2006 and 2010, the median housing price was $42,900, which is higher than California's average of approximately $370,900 and much higher than the $179,900 national average. The city of Garden Grove has approximately 47,755 housing units and a 96 percent occupancy rate. Of those occupied units, 57 percent are owned and 43 percent are rented. Currently, it is possible to find a variety of both homes for rent and homes for sale. Real estate agents handle most transactions, and 3,518 houses that were recently listed for sale have sold; a few of these were new houses, and some were foreclosure sales.

Local Shopping Garden Grove is a community with plenty of local shopping nearby! Everything and anything a potential buyer might shop for can be found within a 30-minute drive. Fashion Island, Orange Country's prime coastal shopping destination, blends luxury boutiques and department stores with an enormous variety of fine, family, and on-the-run dining and eating facilities. For those who do not like to shop mall-style, Costa Mesa's LAB Anti-Mall, situated in the middle of suburban Orange County, strives to be nothing like a mall. South Coast Plaza is synonymous with luxury upscale shopping pleasure. Brea Mall features 175 specialty shops, five major department stores and a day spa. Families love Lakewood Mall with its creative play area.

Transportation and Commute It's a city where residents have access to all methods of transportation. Although 90 percent of Garden Grove's working population use private vehicles, and 85 percent drive to and from work alone, over 3,000 people use public transpiration to get to and from their jobs. Potential new residents who want to join the ranks of those using public transportation will discover it is effectively managed by the Orange County Transportation Authority (OCTA). OCTA offers a bus transit and a metrolink system; the bus transit has fixed routes while the metrolink offers three lines and special trains. OCTA offers different passes to meet the needs of every individual, whether you need a day pass or a monthly pass.

Largest Employers and Industries Almost one-quarter of Garden Grove's employment is in manufacturing, with a strong representation within the aerospace industry, including such well-known businesses as C&D Zodiac Inc., Air Industries Corp. and GKN Aerospace. Garden Grove Hospital and Leiner Health Products are also major employers. International evangelist Pastor Bobby Schuller chose this city as his home and his ministry is also a major employer. Those looking for rent to own houses in Garden Grove will be delighted to know that the community's unemployment statistics are lower than the state average.

Local Events and Festivals Local events and festivals entertain residents throughout the year. All townsfolk can enjoy the wide variety of well-organized public events. In February, city residents and guests celebrate the first day of the lunar year in Garden Grove Park. Annually, during the Memorial Day weekend, on the corner of Euclid and Main Street, Garden Grove celebrates its strawberry-growing history. A parade, carnival, crafts fair and food attract many visitors. Each year in April, the Korean community organizes a three-day festival celebrating its history and culture. The festival features an open-air market, displays of performing and martial arts, parade, and carnival. July and August offers up numerous evening concerts at Eastgate Park. August also marks the Miss Garden Grove Scholarship Pageant, a preliminary to Miss California and ultimately, Miss America.