Rent to Own Homes in Murrieta, CA

No city in the state of California is growing as rapidly as Murrieta. A sprawling commuter city with bright skies, vast expanses of green land, and classic California-style homes, Murrieta's population increased by mind-boggling 233% between 2000 and 2010. Clearly, there's some good stuff happening in this once humble, now entrepreneurial-oriented city. Murrieta was founded by Esequial Murrieta in the mid-nineteenth century after he purchased 52,000 acres of land in the valley that reminded him of his home in Spain. While the sheep ranch that he and his brother Juan founded eventually fell by the wayside, it's still possible to visit the land and its buildings, which Calvary Chapel Costa Mesa has spent considerable time and money restoring to an approximation of Murrieta's thriving 1873 ranch. That is, if you can find time in between visiting the vineyards that populate the valley.

Check out 296 Murrieta, CA rent to own homes for sale, which may include auction properties, for sale by owner, and more.
New
1 of 23 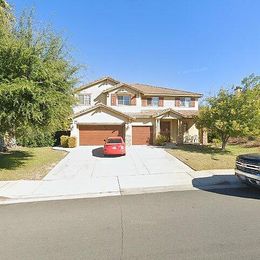 Search for rent to own homes in cities near Murrieta, CA

Housing Statistics Given the wild growth Murrieta is undergoing, it's no surprise that many newcomers are willing to pay a premium for their property in this southern California city. In fact, only 16% of homes and apartments are rented--75% of Murrieta's residents choose to buy, and the annual residential turnover is just 19%. Chalk it up to the quality of the schools or the quality of the homes, but Murrieta residents aren't going anywhere. Right now, even with the influx of young, ambitious, and successful new residents and the median home sale price in the mid-$200,000s, finding a home for sale is entirely possible. In fact, home sales aside, renting in Murrieta is pretty easy. Finding four bedroom houses for rent below $1,600 a month is common on the city's eastern borders, and even three bedroom apartments can come in for under $1,000 per month in certain neighborhoods.

Outdoor Activities So now that you've made it to the sunny, southern edges of California, you've really got it made. Golfing is big out in Murrieta, and within the city's 33 square miles, the city manages to house three large golf courses. So get ready to find a caddy and grab a cart. Bear Creek is perhaps the city's most famous of the three country clubs--its past visitors include former Presidents Ronald Reagan and Gerald Ford, both of whom took to the club's expertly designed course and brilliant landscape. Of course, with such perfect California weather, it's no surprise that the city manages to support an vast array of outdoor activities. Murrieta has built city-sponsored skate parks, equestrian centers, and even created sports leagues for adults and children alike, so instead of spending your Saturday afternoon watching reruns, why not join a game of adult kickball?

Local Events and Festivals Of course, if you're looking to get out of the heat and expand your social circle, the city's right by your side. Each month, Murrieta sponsors a number of personal and professional networking events for those socially minded residents of the city. Spelly's Pub and Grille is a community staple that hosts monthly breakfasts where professionals meet, mingle, and eat. Murrieta is also home to several highly notable Californian vineyards, including Lorimar Winery, which hosts the ever popular Live @ Lorimar! concert series. Every Saturday evening, on a stage that overlooks Main Street, local and traveling musicians come together and give the town a wild and raucous night. There are even food and wine pairings available, thanks to the vineyard's excellent kitchen staff. And even when the summer days begin to cool, there is still Murrieta's annual Fall Festival to look forward to. Held in the California Oaks Sports Park, the festival gives you and your children a place to act as ghoulish as you like among a stunning assortment of local vendors, Halloween themed carnival rides, pumpkin carving contests, and of course, all the cotton candy you could possibly stomach.

Welcome to the Neighborhood When moving to a city the size of Murrieta, and especially a city where many residents are dependent upon cars and various other personal means of transportation, it's important to consider just where you're settling in. One thing that differentiates Murrieta from other cities is that its City Center is majorly renovated, with almost 70% of the buildings less than twenty years old. That means that not only your home, but every trendy, downtown restaurant you step in will be clean and beautiful. However, if you find yourself among the thousands moving to Murrieta with family in tow, check out the Rancho California area, located on the city's eastern tip. Its schools, including Alamos Elementary and Bella Vista Middle School, are some of the best in the city--not to mention its crime rates are almost nonexistent. However, the Tortuga Road area, located on the city's western edges, has schools that are just as strong, and it is also one of the wealthiest neighborhoods in the country. If you're looking for that perfect five bedroom home in which to live the good life, this is your place. Just be warned--it also has the longest commute time of any Murrieta neighborhood. But whether you're moving to this idyllic, southern California city for family, work, or just a change of place, it's going to be hard not to fall in love. After all, where else are you going to sit on a patio and watch palm trees sway over a landscape reminiscent of the Spanish countryside?