Rent to Own Homes in Connecticut

In the early 1700s, Connecticut surveyors discovered that the soil in much of the state was more suitable for mining iron than farming. In particular, Salisbury was loaded with the metal, and its iron was used for everything from stoves to cooking utensils, tools, and guns. The state was unofficially called "the Arsenal of the Nation" because it served as the Continental Army's primary weapons supplier during the Revolutionary War.

Connecticut broadened its horizons over the second half of the 20th century. It now has a diverse economy and is the home state of 25 major corporations, including Cigna, Charter Communications, and Hartford Financial Services Group. Connecticut only encompasses 4,842 square miles, the third-smallest state in the United States. But its 3,565,287 inhabitants take pride in being 3rd in the nation in health care, 6th in natural environment, 7th in crime and corrections, and 12th in education, according to U.S. News. They also enjoy a low cost of living and an affordable housing market with many rent-to-own homes in Connecticut.

Check out 296 Connecticut rent to own homes for sale, which may include auction properties, for sale by owner, and more.
1 of 15 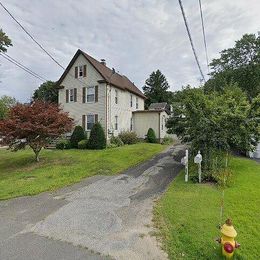 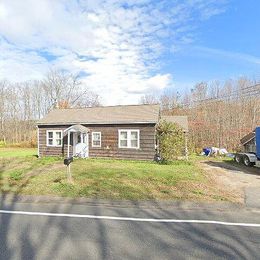 Search for rent to own homes in cities near Connecticut

Average Cost of Living in Connecticut

The cost of living in Connecticut is 7.8% higher than the national average. Groceries are 6.6% higher, housing 3.6%, utilities 18.5%, and transportation 12.4%. Health care is 2.3% lower than average for the country. The cost of living in Stamford is 10.7% higher than the state average, while Hartford and New Haven are 13.9% and 5.6% lower. The range throughout the state is broad, but there are many affordable municipalities in Connecticut.

The median cost of Connecticut homes is $239,600 - only slightly higher than the U.S. average of 231,200. Houses in high-end areas like Greenwich go for well over $1 million, but there are some excellent cities with more affordable prices. Stamford homes middle out at $291,000 and the median in New Haven and Hartford is $171,900 and $125,800. There are many other areas with low-priced Connecticut rent-to-own homes.

If you're interested in Connecticut rent-to-own homes, don't forget to consider important factors in addition to monthly living costs, such as average commute, taxes, crime rates, etc. The following are some common Connecticut statistics compared to the U.S. national average.

Hartford, the state capital, was founded way back in 1635. It has 122,105 residents living on 17.38 square miles. For a municipality of its size, it has a wide variety of housing and neighborhood types, ranging from high-rise urban areas to suburban communities. The capitol building is located in the bustling business district, where people come to work, shop, dine, or enjoy various attractions throughout the day.

New Haven was the capital of Connecticut, along with Hartford, from 1701 to 1874, but in 1875, the state decided to give the sole distinction to Hartford. The hometown of the prestigious Yale University has a population of 130,250, the second-most in Connecticut. Citizens enjoy outdoor recreational and educational activities and entertaining events in New Haven's parks. In all, 17% of the city is designated for parks.

Stamford's proximity to Manhattan makes it a desirable location for people who have to make the daily commute to New York. But the city has an identity of its own as well. Eight major corporations are located within its borders, and its downtown has both a financial district and a residential element. The city has four beaches and a host of other amenities for its 129,638 residents to enjoy.

Popular Amenities and Attractions in Connecticut

Connecticut benefited from its waterways throughout its history. The Mystic Seaport Museum brings the maritime experience of the past to life. Visitors can explore a collection of ships that date back to the early 1800s, and an on-site recreated village shows how seafarers shopped and went about their business during the 19th century. The Henry B. Dupont Preservation Shipyard teaches guests old ship-making techniques and how to make wooden, miniature replicas of famous vessels.

Connecticut is a broad state that can accommodate every type of personality and lifestyle. It has lots of affordable neighborhoods ranging from city to suburban within a reasonable distance of its economic centers.