Rent to Own Homes in Bridgeport, CT

Located in Fairfield County, Bridgeport is the most populous city in all of Connecticut, with more than 144,000 residents. The Pequonnock River flows through the city, and Bridgeport also borders the Long Island Sound, a partially closed mass of water that connects to the Atlantic Ocean. Amongst its many attractions, Bridgeport offers eye-catching shorelines, 1,300 acres of public parkland, museums, shopping, and yearly festivals. Residents enjoy a thriving arts scene, frequent sporting events, and a wide variety of eateries and entertainment options.

Check out 296 Bridgeport, CT rent to own homes for sale, which may include auction properties, for sale by owner, and more.
1 of 16 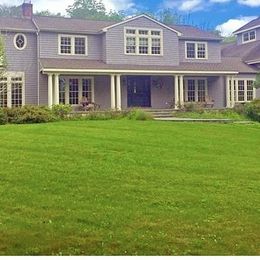 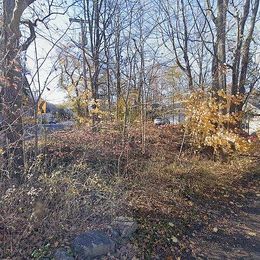 Search for rent to own homes in cities near Bridgeport, CT

Housing Statistics Rent to own homes in Bridgeport are more affordable than in many other parts of the country. The median home price in Bridgeport is $120,000, which is close to $50,000 lower than the national average listing price. As to be expected, the average listing and sales prices rise when you look in sought-after neighborhoods, such as North End and Black Rock. However, Bridgeport's East Side and South End neighborhoods offer some of the lowest average list prices for rental houses in the city. Rental prices in Bridgeport range from a low of about $400 a month in the East Side to over $800 in Reservoir/Whiskey Hill. Over 50 percent of the homes in the city are renter-occupied, and with a 10 percent vacancy rate, finding rental properties in Bridgeport isn't too much of a challenge.

Local Restaurants Bridgeport is home to over 300 restaurants, offering you a diverse group of options for whenever you're not in the mood to cook. Taberna Food and Wine Bar offers Mediterranean cuisine, sangria, and indoor and outdoor seating. Viale is known for its Italian food and has an atmosphere suitable for both dinner out with the family and a fun night with friends. Massimo's Pizza & Restaurant is known for its filling pizza and appetizers, while Miss Thelma's offers tasty soul food. Jimmy and Maria's Corporate Deli offers a selection of sandwiches, homemade dishes, and soups, and it can also cater your office event. Ready for dessert? Timothy's, a family-owned establishment, offers homemade ice cream in a variety of flavors.

Weather and Climate Bridgeport, which is positioned between humid subtropical and humid continental climate zones, has cold winters and hot summers. However, because Bridgeport is on the coast, it often sees more temperate weather in the summer and fewer inches of snowfall in the winter than more inland Connecticut cities. You can generally expect summer highs in the 90s, while winter lows often get as low as the 20s during the night. The city typically sees over 100 sunny days each year.

Bridgeport Neighborhoods Here are the four Bridgeport neighborhoods you should know about, each one offering its own unique charm and personality: