Rent to Own Homes in Wilmington, DE

Wilmington is a city in New Castle Country, in the State of Delaware. It is situated around 24 miles from Philadelphia and there are 72,664 living within the limits of the settlement. It is officially a part of the Wilmington- Newark MSA. The town was colonized by the Swedish in 1638. The Dutch then occupied the area, and named the town Altena. Following British colonization in 1664, the Brits renamed the town Wilmington, and it has been recognized as such to this day.

Check out 296 Wilmington, DE rent to own homes for sale, which may include auction properties, for sale by owner, and more.
1 of 9 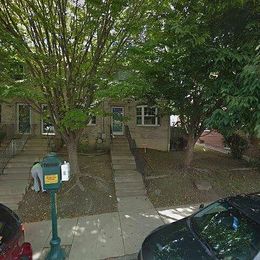 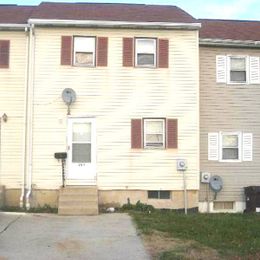 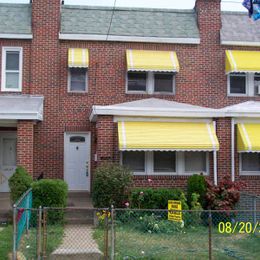 Search for rent to own homes in cities near Wilmington, DE

Housing Statistics Per square foot, the average pricing of housing in Wilmington is approximately $155. When comparing this figure to last year's, a 9.2% rise is visible. The median sales price in the area for houses was last recorded as $215,000, judging from 531 different sales. This figure is accurate for May 13 to July 13. This statistic shows a total increase of 4.4% which is translated as $9,000. In the last year, home sales have dropped a total of 16.2%. 1097 houses are available either for resale, as new homes, or pre-foreclosure, at the auction-stage or owned by the bank. Homes are available to rent or own. The average listing price in the area currently sits at $253,012. Compared to the week prior, this shows a 1.5% drop. Some popular neighborhoods in the area are Highlands and Hilltop. It remains a popular place to find rent to own homes.

Nightlife Wilmington is renowned for having a wide selection of lively bars and a generally thriving nightlife. The Blue Parrot Bar & Grille, located on 1934 W 6th St is styled with New Orleans in mind, serving a range of trademark drinks and delicious Cajun cooking. Visitors should check out the Martini menu.

School Systems The New Castle School District has divided itself into four distinct districts. These districts are as follows: Brandywine, Red Clay Consolidated, Colonial and Christina, which is the biggest of all four. The four districts touch Wilmington, and function for different purposes. For instance, the Christina School District encompasses programs for gifted kids and children with special needs. There is a strong public school system, in addition with seven private high schools and 10 private primary and middle schools. The Brandywine district holds 10,102 pupils in a total of 18 buildings. The Christina district holds 19,000 pupils and the Red Clay Consolidated district holds 16,000 pupils. Quite recently 5 post-high school institutions have been established in Wilmington, alongside Delaware State University, Drexel University, University of Delaware, West Chester University of Pennsylvania and other higher-education institutes. Many young parents with kids relocate to Wilmington in search of rental houses in popular school districts.

Transportation and Commutes There are many ways to access and exit the city. Close-proximity with the Philadelphia Airport means that Wilmington is more than a little easy to access by plane, as it is just a 25-minute-drive away. Due to the fact that is located in the heart of the popular northeast corridor, it also lends itself to those traveling by car. It is close to Interstate 95 and U.S routes 13,40,41 and 202. The Amtrak Station in Wilmington offers an efficient passenger service which connects with a plethora of main destinations. Any visitor coming in from major cities like New York, Philadelphia or Washington D.C can hop onto the Acela Express and find themselves within five minutes of a number of hotels and downtown stores.

Local Sports For sports fans, spectating opportunities are plentiful. The Wilmington Blue Rocks is a minor league team which plays regularly for the local crowd of thousands at the Daniels S. Frawley Stadium, located on Madison Street. The Delaware Park Race provides plenty of entertainment for racing fans. Here, visitors will find daytime races at the Delaware Park from April to September. The du Pont Country Club of Wilmington also welcomes the world's best female golfers to compete in the LPGA McDonald's Championship. At the nearby Dover International Speedway, NASCAR fans can watch the adrenaline-pumping event twice a year.