Rent to Own Homes in Largo, FL

Not to be confused with the island in the Florida Keys, Largo is a city located in the St. Petersburg and Tampa area. The city is the fourth largest in Pinellas County, with over 75,000 residents. Incorporated in 1905, Largo was originally a rural farm town before growing into the city it is today.

Check out 296 Largo, FL rent to own homes for sale, which may include auction properties, for sale by owner, and more.
1 of 4 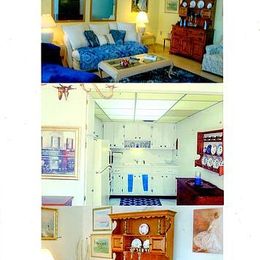 Search for rent to own homes in cities near Largo, FL

Housing Statistics Homes in Largo tend to be more affordable than nearby Tampa. In 2011, the average sales price for homes in the city was less than $145,000, in comparison to homes in Tampa that average over $325,000. Renters in Largo pay similar prices to the bigger city, so for a rent to own home you can expect a median gross price of $900 compared to Tampa's $925. With 16 percent of properties in Largo currently vacant, those searching for a home or apartment are in luck. But with 57 percent of the homes being owner occupied and just 27 percent occupied by renters, the market appears geared more toward those seeking to buy.

School Systems Largo is part of the Pinellas County school district, which includes the cities of Clearwater and St. Petersburg. It takes pride in the fact that 65 percent of its schools have A or B ratings, and the average combined SAT score is above national and state averages at 1508. The average student to teacher ratio is 22:1, with high schools averaging a 25:1 ratio and K-3 classrooms at 18:1.

Outdoors Activities In the heart of the town on the appropriately named Central Park Drive is the Largo Central Park. Its 70 acres include many picnic areas, and it's one of few parks in the Bay area that accommodates the disabled. A little farther east on Bay Drive is the Northeast Park, which includes a dog park called Paw Place. The park also provides space for playing soccer and inline and street hockey. Nature lovers can instead travel west, and on SW 8th Ave is John S. Taylor Park with a unique nature trail and a natural freshwater lake.

Local Shopping The largest shopping center would be the Largo Mall on the corner of Seminole Boulevard and Ulmerton Road. It includes large, well known retailers as well as smaller, unique shops and a movie theater.

Arts & Culture Also on Central Park Drive is the Largo Cultural Center, a center for special events as well as performances in music, dance, and theater. The year round schedule boasts over 150 performances. Its award-winning resident theater company, Eight O'clock Theatre, performs Broadway, Off-Broadway, and original productions and sells over 15,000 tickets annually.