Rent to Own Homes in Lauderhill, FL

As the center of Broward County in south Florida, Lauderhill prides itself on its cultural mix and character. With a population of over 66,000, the city sits close enough to the beach to make a day trip possible while still retaining the quiet of a small town. Unlike much of Florida, Lauderhill's history is relatively short; its official date of establishment was June 20, 1959.

Check out 296 Lauderhill, FL rent to own homes for sale, which may include auction properties, for sale by owner, and more. 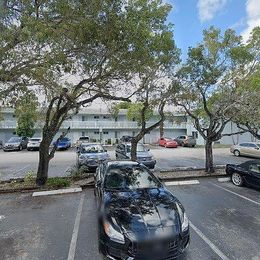 Search for rent to own homes in cities near Lauderhill, FL

Housing Statistics The average selling price for a home in Lauderhill was $166,207 in 2011. Single-family homes tend to be a little more expensive at an average of $222,565, while townhomes run at an average of $152,069. Homes in this town tend to be more affordable than in surrounding cities in Broward County. Those seeking an apartment for rent can expect a median gross rent of $840. With roughly 11% of properties in the area being vacant, you can also expect your search to be easier than in larger cities. You'll find rent to own homes, regular houses and apartments for rent.

Tourist Attractions Lauderhill is home to the Inverrary Country Club, which hosts many golf tournaments year round. As a citizen of Lauderhill, you're also not far from the beaches that stretch along the eastern border of the county. Directly east of the town is Port Everglades, the second busiest seaport in the state for cruise ships. Those attractions alone bring in the bulk of your snowbird neighbors and tourists.

Local Events and Festivals Lauderhill may be a quiet town, but it does see its fair share of events. The Ilene Lieberman Botanical Gardens plays host to a regular Jazz Festival. On the second Sunday of every month from December to April, visitors are treated to live jazz music. A newly opened Lauderhill Arts Center also hosts regular exhibitions and workshops. Exhibits have included a "chalk walk," which was a collaborative effort by dozens of artists of varying ages using only chalk as a medium. More exhibits and workshops are planned for the future.

School Systems Lauderhill students have access to the Broward County Public School system, which prides itself on being among the largest in the country, as well as being the largest system that is fully accredited. The district appears to be transitioning into a year round school schedule, with students still attending for the required 180 days but on a more spread out schedule. Many of the schools also offer alternative programs, such as the Montessori program, International Baccalaureate and the Cambridge Program.