Rent to Own Homes in University, FL

University is an unincorporated community in Hillsborough County, FL. In 2010, the population stood at 41,163; however, this number is expected to have grown in the last four years. Known as University West, the city is just minutes from the main campus of the University of South Florida. The inclusion of USF in the city helps support the local economy while also providing a first class learning and research institution for local residents.

Check out 296 University, FL rent to own homes for sale, which may include auction properties, for sale by owner, and more.
1 of 31 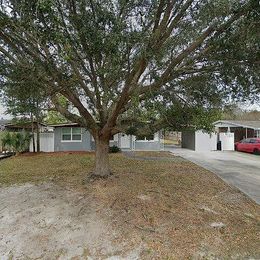 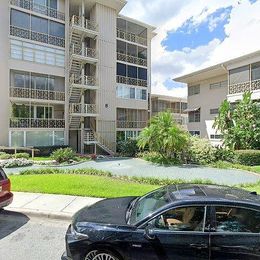 Search for rent to own homes in cities near University, FL

Plenty to Do! Home to the University of South Florida, residents of the city receive access to all of the school's on campus facilities and nearby attractions. Head to the University of South Florida Botanical Gardens for nearly eight acres of native and tropical plants, butterfly gardens and even a plant shop. Take in a football game at Sun Dome Arena or make the short trip to Tampa to watch the Rays play.

The Suitcase City of America! Because of the high number of transient or temporary residents in University, the city has received the nickname of Suitcase City. Given that the city offers beautiful weather, a thriving economy and is minutes from the University of South Florida, it is not surprising that University receives this moniker.

A Shopper's Paradise! If shopping is your passion, then it is hard to imagine that there is a better city in Florida than University. Since opening in the 1970s, the University Mall has been the shopping hub of the region and is home to more than 150 stores, including Macy's, Sears and Dillards. Head to the downtown district of the city to visit local department stores like Target and Wal-Mart.

Rent Has Never Been Less Expensive! Because moving to a new and unfamiliar city can be daunting and challenging, it is always a good idea to rent first and buy later or go in for a rent to own home. This will allow a newcomer the chance to explore the city and determine where exactly they want to live. Luckily, newbies to University will be surprised by just how affordable the median rent price is at $725. When compared to the Tampa Metro Median of $1200, it becomes obvious that a neighborhood like Gregory Drive or Americana Circle offers some great deals.

Significantly More Affordable than Nearby Cities! The median price of homes that have sold in University is just $35,000; this is significantly less expensive than Lutz at $230,950 and Citrus Park at $185,000. Look for the best deals in a community like Oak Stone Drive or Somerset Park.