Augusta, officially Augusta-Richmond County, is a consolidated city-county in the state of Georgia. Augusta is known around the world as the host of The Masters golf tournament, which is held annually in the spring. The Augusta National Golf Club is considered worldwide to be the most exclusive golf club in the world, membership here is an honor. The city is home to several professional sports teams. Augusta Green Jackets is their baseball team in the South Atlantic League. Augustua 706ers of the American Basketball association plays their home games at James Brown Arena. The city is home to Fort Gordon, which is a major U.S. Army Base. The Georgia Military College is located in the city, as well as Augusta Technical College and Augusta University.

Check out 296 Augusta, GA HUD homes for sale, which may include auction properties, for sale by owner, and more. 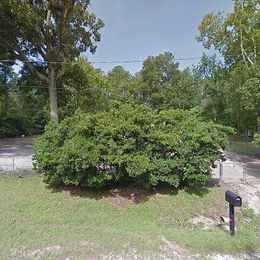 Search for HUD homes in cities near Augusta, GA

Top Reasons to Buy a Hud Home in Augusta, GA

About Augusta, GA Real Estate According to US News the average cost to buy a home in Augusta is approximately $133,000, which is significantly lower than the national average. However, the cost of buying a home varies greatly depending on the neighborhood. Moncrieff St is a beautiful neighborhood where you can find bargains, a three-bedroom home for less than $110,000. A smaller home, a one-bedroom bungalow, can be bought in and around the neighborhood Alder Drive for less than $50,000. The cost of living in Augusta is lower than the national average, and low when compared to similarly sized metro areas.

Living in Augusta GA Augusta has a rich history, Augusta Downtown Historic District includes most of Downtown Augusta, Georgia, and its pre-Civil War area. There are many historical sites in this area, some of which are: Academy of Richmond County, it was one of the first educational institutions in the state; Old Government House, used to be the seat of the local government; Old Medical College of Georgia Building, used to be the home of the Medical College of Georgia; Sacred Heart Cultural Center, is a former Roman Catholic church; and St. Paul's Episcopal Church, the oldest church in Augusta.

Broad Street Historic District is home to historic sites and buildings such as the News Building, Miller Theater, Imperial Theater, and Lamar Building. The Haunted Pillar is a landmark located near the remains of a farmer's market.

Transportation and commutes Almost every working Augusta residents commute to work by driving alone, or commute via carpool. The public transportation is operated by Augusta Public Transit (APT) who services bus lines throughout the city.

Inter-city bus service is provided by many companies, primarily Greyhound Lines, Inc. Augusta Regional Airport (AGS) is the main airport in the area. It has a few flights with domestic destinations, some which are seasonal.