Jackson, officially the City of Jackson, is the capital and one of two county seats of Hinds County in the state of Mississippi. The city is the most populous city, and is located on Pearl River in the greater Jackson Prairie region. The closeness to nature attracts many hikers, rock climbers, cyclists, and rafters. The city is home to many professional sports teams, and the locals' prides are the Jackson State University football team, the Belhaven College baseball team, the Mississippi Maddogs of the Magnolia Football League, and the Mississippi Braves which is Atlanta Braves AA affiliate in the Southern League.

Check out 278 Jackson, MS HUD homes for sale, which may include auction properties, for sale by owner, and more.
New 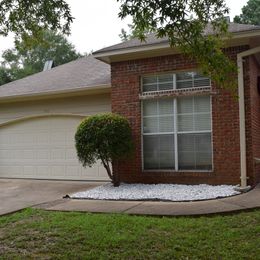 Search for HUD homes in cities near Jackson, MS

Top Reasons to Buy a HUD Home in Jackson, MS

Living in Jackson, MS Jackson has a rich music heritage, mainly home-grown gospel, blues, jazz, and Rhythm &Blues. The city offers many bars and venues where you can listen to live music. There are many annual music festivals held here, such as the CelticFest Mississippi.

The city is home to many museums and attractions, over 300 restaurants, and has three historic cultural districts. The Farish Street Historical District is an insight into the city's rich African-American heritage. Smith Robertson Museum and Cultural Center was the first public school for African-American students. Much of the Civil Rights Movement started in this district, and you can find the Mississippi Civil Rights Museum in the city.

Some of the museums located in Jackson are: William F. Winter Mississippi Archives and History Building, War Memorial Building, the Old Capitol Museum, the International Museum of Muslim Cultures, and Mississippi Sports Hall of Fame and Museum. The city is also home to a zoo, Jackson Zoological Park. There are also many parks and gardens, such as LeFleur's Bluff State Park, and Mynelle Gardens.

Transportation and commutes in Jackson Almost every working Jackson resident commute to work by driving alone, or commute via carpool. Public transportation is operated by Jackson Transit System (JATRAN) which service bus lines throughout the city.

Jackson-Medgar Wiley Evers International Airport (JAN) is a civil and military use airport. It has flights with several domestic destinations.