Rent to Own Homes in Las Vegas, NV

Las Vegas, the most populous city in Nevada, is known all over the world for a number of things: gambling, shopping, nightlife, and fine dining. Despite what some people may think of the city, however, it isn't purely a mecca for entertainment, and it is actually a growing choice among retirees and young families. The boundaries of Las Vegas also stretch beyond the visible city limits, taking in the mega resort area around the Las Vegas strip, as well as the Las Vegas Valley, although exactly what is encompassed by the city is a matter of interpretation.

Check out 296 Las Vegas, NV rent to own homes for sale, which may include auction properties, for sale by owner, and more.
Hot
1 of 7 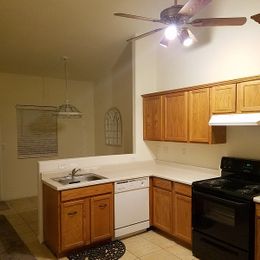 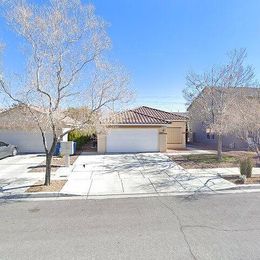 Search for rent to own homes in cities near Las Vegas, NV

Housing Statistics Property prices in Las Vegas aren't as high as people might think, largely because the city extends far beyond the glossy and abundantly wealthy areas of the Vegas Strip. Las Vegas proper has houses for sale at an average of just over $360,000, with median prices much lower than that at only $161,500. The population in the city stands at about 600,000, with an almost exact split between men and women, with average income per household of $47,000. A recent study from the University of Nevada has also shown that roughly 40,000 homes, or eight percent of the total homes in the city, are vacant. As such, people looking for homes for sale or rent to own properties should have a fairly easy ride finding a few potential options in the city.

Local Restaurants As mentioned, one of the things that Las Vegas is known for is the high life and it's plethora of fantastic restaurants. However, the city doesn't only cater to wealthy out-of-towers; it also has a range of restaurants to suit all tastes and budgets. If you're a meat lover, Steakhouse is perfect, allowing you to indulge your passion for high protein meals without the tacky decorations that many other steakhouses enjoy. If your preference is more towards Thai and Oriental cuisine, check out Lotus of Siam, a fantastic eatery with a menu and wine list that would put even the largest and most expensive restaurants to shame. If you want to go a little more upmarket, check out Restaurant Gun Savoy, a French restaurant found in Caesars Palace. With high prices, you'd expect fantastic food and incredible service, and that is exactly what you'll get. Or, if you're an avid art lover, why not dine surrounded by some world famous art? Head to Picasso at the Bellagio and you'll be able to do just that. What art will you see? Well, the clue is in the name! Vegas really is teeming with dining options in all price ranges and food types, so you'll never be left wanting for a succulent steak or delicious Thai curry.

Transportation and Commutes Las Vegas has a lot of options for transportation, both public and private. RTC is one such public system that offers a bus service throughout the main city and other suburban areas in the valley. For a quick commute to the Strip from Downtown, or to reach the Convention Center or Town Square, a transit link exists called the Strip & Downtown Express. As you may expect, this service includes few stops, and is intended to ease congestion on the major traffic routes between the city's major hubs of activity. For drivers commuting into the city from outlying areas, two major interstates -- 15 and 515 -- cross over into downtown Las Vegas, making the city easily commutable. In addition, taxis are readily available for easy trips, and the city has a walkability rating that puts it at number 25 on the USA's most walkable cities.

Las Vegas is known for The Strip, but many people don't know that it also has plenty of family-friendly businesses, attractions, and neighborhoods. It was voted the second safest city in the US by Forbes.

The cost of living in Las Vegas is only 6% above the national average, making it lower than many other, larger cities.