Albuquerque is the county seat of Bernalillo County in the state of New Mexico. It is the most populous city in the state, it is located in the north central part of the state. The city has a rich history and culture, and naturally beautiful metropolitan area. It has always attracted visitors with its many art galleries and museums, the Old Town of Albuquerque, and historic Native American sites all around the region. The city's close proximity to outdoor recreation like hiking, mountain biking, and skiing, and the Rio Grande offers kayaking make this an excellent choice for investing in real estate.

Check out 296 Albuquerque, NM HUD homes for sale, which may include auction properties, for sale by owner, and more. 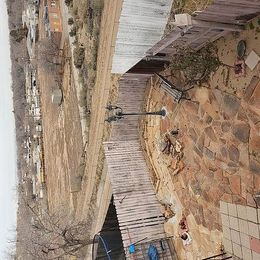 Search for HUD homes in cities near Albuquerque, NM

Top Reasons to Buy a HUD Home in Albuquerque, NM

The local cuisine is known for its mix of Pueblo Native American with Hispano Spanish and Mexican cuisine. It can easily be distinguished from other Mexican and American cuisines, due to its emphasis on New Mexican spices, herbs, and flavors. Most notably is the use of the red and green New Mexico chile peppers, anise, and piÑon.

Albuquerque Transportation and commutes Almost all working Albuquerque residents commute by driving alone, or commute by carpool. City of Albuquerque Transit Department (ABQ RIDE) is the local transportation serving the city, providing a city bus system. Albuquerque has a well-developed bicycle network, in and around the city there are trails, bike routes, and paths. Amtrak's Southwest Chief, which travels between Chicago and Los Angeles, have a stop in the city.