Nashville is the capital and the most populous city in the state of Tennessee. The city is the county seat of Davidson County and is located on the Cumberland River. It is called Music City, USA, and home to Grand Ole Opry, the Country Music Hall of Fame, and many record labels. Athens of the South is another nickname. Since the city is home to numerous post-secondary educational institutions; it has long been compared to Athens, the ancient city of learning. Two of the most notable institutions are Vanderbilt University and Belmont University.

Check out 296 Nashville, TN HUD homes for sale, which may include auction properties, for sale by owner, and more.
1 of 17 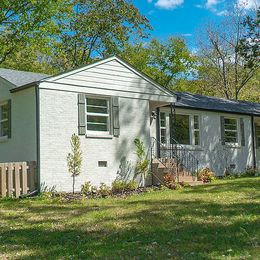 Search for HUD homes in cities near Nashville, TN

Top reasons to buy a home in Nashville

Living in Nashville Nashville has always been considered a destination for those with an interest in music, particularly country music fans. Many musicians were discovered or launched their careers here. It has turned into a foodie retreat for those who love Southern cooking and international fusion cuisine. The city is home to Tennessee Titans of the National Football League, and the Nashville Predators of the National Hockey League.

Grand Ole Opryis the radio show, which began broadcasting in the 1920s, that put Nashville on the map as the Country Music Capital of the World. Its venue has changed over the years, but the Grand Ole Opry continues to host top country performers like Brad Paisley, Carrie Underwood and Keith Urban.

Broadway is downtown Nashville's main thoroughfare. Its lower parts nicknamed Honky Tonky Highway, due to the many establishments that daily host live acts. Many people come to Nashville to soak up the history of country music at the city's museums, others prefer enjoying the tunes in person. The best way to do that is to stop in to the many bars that line Broadway.Although, all the bars host live music acts, each venue has a distinct atmosphere that makes it stand out from other honky-tonks along Broadway.

Transportation and commutes in Nashville Almost all working Nashville residents commute to work by driving alone, or commute via carpool. The public transportation is operated by Nashville Metropolitan Transit Authority (MTA), they provide bus lines throughout the city.

Inter-city transportation is provided via inter-city bus companies primarily Greyhound Lines, Inc. Amtrak does not currently serve the city. Nashville International Airport (BNA) is a joint public and military use airport. The airport has flights to domestic destinations, some are seasonal. The international flights are to destinations in Mexico and Canada, a few are seasonal or seasonal charter.