Philadelphia, often referred to as Philly, is the county seat of Philadelphia County in the state of Pennsylvania. It is the largest and most populous city in the state, and one of the most populous cities in the country. The city is located along the lower Delaware and Schuylkill Rivers. Known for having played an instrumental role in the American Revolution as a meeting place for the Founding Fathers of the United States, who signed the Declaration of Independence. Two of the most famous and popular attractions are the Independence Hall and the Liberty Bell. The city is home to many museums, and historic places. It is known for its cuisine, most notably the Philly cheesesteak. Many professional sports teams have their home arena here.

Check out 296 Philadelphia, PA HUD homes for sale, which may include auction properties, for sale by owner, and more.
1 of 2 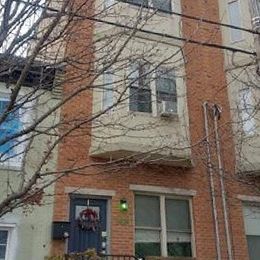 Search for HUD homes in cities near Philadelphia, PA

Top Reasons to Buy a HUD Home in Philadelphia

Living in Philadelphia The Independence Hall, where the Declaration of Independence was signed, and the Liberty Bell are the city's most famous attractions. Philadelphia's major science museums include the Franklin Institute, which contains the Benjamin Franklin National Memorial, the Academy of Natural Sciences, the Mutter Museum, and the University of Pennsylvania Museum of Archaeology and Anthropology. History museums include the National Constitution Center, the National Museum of American Jewish History, and the Museum of the American Revolution. The city is home to one of the oldest and largest parks in the country, the Fairmount Park.

The city is known for its cuisine, most notably the Philly cheesesteak sandwich. The cheesesteak is a sandwich traditionally made with sliced beef and melted cheese on an Italian roll. Other food that the city is famous for: Stromboli, hoagie, soft pretzel, and soda.