Chattanooga is a major city in the state of Tennessee, it is located along the Tennessee River. The city is surrounded by mountains and ridges, which has earned the city the official nickname - Scenic City. It is known for the many outdoor activities available, ranging from everything between rock climbing, hiking, to water activities such as kayaking and rowing. The city is home to many museums, including the Medal of Honor Heritage Center, Creative Discovery Museum, and the International Towing and Recovery Museum. The world's largest freshwater Aquarium is located here, the city also has a zoo, Chattanooga Zoo. The city's name, Chattanooga, comes from a Creek Indian word. Chattanooga annually hosts a number of festivals, one of the most well-known festivals is the Riverbend Festival. The Southern Brewer's Festival and the River Roast Festival celebrate and pay homage to the traditional Southern staples, beer and barbecue.

Check out 262 Chattanooga, TN HUD homes for sale, which may include auction properties, for sale by owner, and more.
New
1 of 14 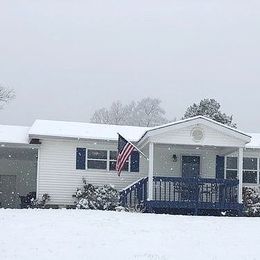 Rent To Own
Studio
Chattanooga, TN 37421
Click to Register & View

Search for HUD homes in cities near Chattanooga, TN

Top Reasons to Buy a HUD Home in Chattanooga, TN

About Chattanooga, TN Real Estate According to US News the average cost to buy a home in Chattanooga is approximately $155,000, which is well below the national average. The city is famous for its beautiful neighborhoods, mainly famed for their architecture. For example, the neighborhoods River View and Heritage Landing have architecture that has been influenced by their heritage, and they boast many historical features. The monthly average cost to rent a home is on par with the national average, and it is predicted to increase. It is more worth to buy a home, than to rent. The cost of living in Chattanooga is lower than the national average, and lower when compared to similarly sized metro areas.

Living in Chattanooga, TN The city's name comes from the Creek Indian word for - rock coming to a point. This name refers to one of the city's major attractions, the Lookout Mountain. The Lookout Mountain consists of unique rock formations. If you travel to the top, which can be reached by train, you will have a wonderful view of the scenic surroundings. There is also an enclosed waterfall here, which is breathtaking. The area is full of trails, which you can hike and explore the beautiful nature.

Tennessee Aquarium is the world's largest freshwater aquarium with over 9,000 animals. The aquarium follows a single raindrop from the mountaintop stream to a creek, down a river and eventually to the ocean. The exhibitions show the habitats found along the raindrops journey. The Tennessee Aquarium also has an IMAX 3D Theater and features movies about the world's nature and animals.

Songbirds is a guitar museum, showcasing many rare, vintage guitars. This museum displays the music history, in particular the pop-culture and its history. By night however, Songbirds is not just a museum, it is a live music complex. They offer a wide range of different events in different music styles, with an audience in all ages.

Chattanooga Metropolitan Airport (CHA) is the main airport in the area. It has flights to a few domestic destinations.