Rent to Own Homes in Georgia

If you think that Georgia is only about Coca-Cola, Gone With the Wind, and millions of peaches, think again. This southern gem is the largest state east of the Mississippi, home to the busiest airport in the world, and the site of a flourishing film production industry. It's a place where ancient oak hammocks shade historical landmarks, where Fortune 500 companies and family farms co-exist, and where there's always a sports team to cheer on.

The Peach State attracts new residents every year, and more people choose to move there than move away. There are plenty of reasons for this, starting with gorgeous weather, well-paying jobs in fields including healthcare and medicine, marketing, and software development, and affordable housing, including an impressive selection of Georgian rent-to-own homes. That's just scratching the surface. We've peeled back the layers to reveal why Georgia is the place to live in the southeast.

Check out 296 Georgia rent to own homes for sale, which may include auction properties, for sale by owner, and more. 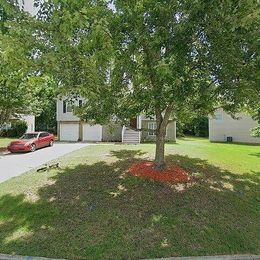 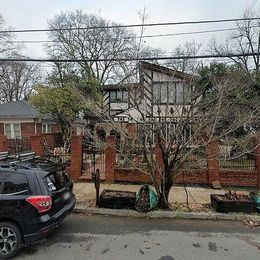 Search for rent to own homes in cities near Georgia

Average Cost of Living in Georgia

The cost of living in Georgia is, on average, lower than the U.S. average by about 6%. Groceries, healthcare, and housing all tend to be cheaper here than in other parts of the country, while utilities and transportation costs are typically higher.

Of course, much of this depends on where in Georgia you want to live. The cost of living in Atlanta and its surrounding areas, like Marietta and Roswell, is actually higher than the U.S. average by approximately 2.5%, while cities like Augusta, Columbus, and Valdosta are cheaper by an average of 10%.

You'll notice the same pattern when you take a close look at average home prices in Georgia. Data from the U.S. Census Bureau reveals that the median home value in Atlanta was $286,119 at the end of 2018. But average values in Augusta, Macon, Columbus, and Savannah ranged from $113,000 to $158,000. The same is true if you're looking for rent-to-own homes in Georgia. The average monthly rent in Atlanta is over $1,400, but in Savannah, it's more than $1,200. Macon, Columbus, and Augusta are cheaper, coming in at nearly $1,100 a month.

If you're considering a rent-to-own home in Georgia, it's important to review factors beyond monthly living costs, such as average commute times, taxes, crime, and more. The following are some general Georgia statistics compared to the U.S. national average.

The state of Georgia is prime real estate. All of the major cities east of the Mississippi River are within a two-hour flight from Atlanta. Florida's theme parks are all within driving distance. There's also plenty to do if you want to stay home. You'll always have something to do on the weekend or when guests are in town.

If you're enchanted by Georgia's southern charm and are ready to call it home, you're in good company. There's a city and a home for every family.