Rent to Own Homes in Kentucky

Kentucky is beautiful, has a stable economy, and a peaceful group of residents. Half of the state - 12.7 million acres - is covered in forest, and it has 1,100 miles of commercially navigable miles of running water. Its population of 4,467,673 is spread across 39,486 square miles. Kentucky's neighborhoods range from slow-paced, rural lifestyles to bustling city life. You can choose what suits you best when you buy a rent-to-own home in Kentucky.

With several options for enjoying the outdoors, tons of culturally-rich sites to explore, and a very affordable selection of cities to choose from, Kentucky checks all the right boxes for those looking for a rent-to-own home.

Check out 296 Kentucky rent to own homes for sale, which may include auction properties, for sale by owner, and more. 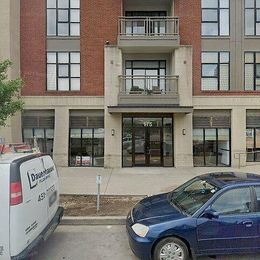 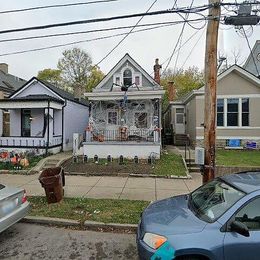 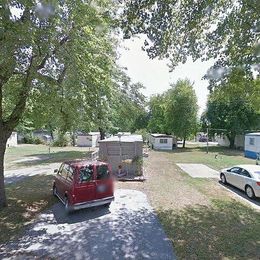 Search for rent to own homes in cities near Kentucky

Average Cost of Living in Kentucky

Kentucky residents enjoy a cost of living that's 16.4% lower than the United States average. Costs such as groceries, health care, housing, utilities, and transportation are all cheaper in Kentucky than in the rest of the country. Even major cities like Lexington and Louisville are 10.9% and 11.6% lower than the national average. Other municipalities, such as Bardstown and Frankfort, are 17.4% and 20.9% lower than the U.S. average.

You'll have an easy time finding an affordable house in Kentucky. The median cost of a home in the state is $146,400, nearly $85,000 lower than the U.S. average of $231,200. You'll pay $185,700 in Lexington and $135,900 in Frankfort, both of which are well below the country's average. Though prices vary by city, Kentucky is an excellent state for people looking for an affordable rent-to-own home.

If you're interested in Kentucky rent-to-own homes, don't forget to consider important factors in addition to monthly living costs, such as average commute, taxes, crime rates, etc. The following are some common Kentucky statistics compared to the U.S. national average.

People usually associate bourbon with Kentucky. But if you want to get specific, Bardstown is the official bourbon capital of the world. The city's history of distilling the spirit dates back to 1789 when Elijah Craig began making the popular drink for locals. The municipality maintains hundreds of old structures that are still in operation. You can eat, sleep, and grab a few shots of good old bourbon at the Talbott Tavern, established in 1779. Wickland, a mansion built in the 1820s, housed three of Kentucky's governors. Now a museum, the My Old Kentucky Home is part of the Rowan family plantation from the early 1800s.

Frankfort is the capital of Kentucky. It is a small town with only 27,755 residents and encompasses 14.32 square miles. Larger municipalities such as Louisville and Lexington vied to take over as Kentucky's capital, but Frankfort kept the title because of its more central location. The capitol building, built in 1910, is an impressive structure with 70 columns, a dome, and lots of sculptures and murals. The city's primary industries include government, education, health care, social services, manufacturing, and retail trade.

Louisville has 617,638 residents spread over 325 square miles, making it both the largest and most populous city in Kentucky. It is the home of the Kentucky Derby and the Kentucky Derby Festival, but the city is more than just fun and games. Louisville played a major role in Kentucky's history, including serving as a base for the Union during the Civil War. While the city is steeped in history and culture, it is also a regional financial hub with a diverse economy. Located along the Ohio River, Louisville offers its residents a pleasant mix of fun and recreation, jobs, and affordable living.

Popular Amenities and Attractions in Kentucky

Although Kentucky is known for the Kentucky Derby and bourbon, the state has plenty more to offer. The Kentucky Music Hall of Fame and Museum will teach you all about the history of music while showcasing the careers of dozens of successful local musicians. The Muhammed Ali Center preserves the legacy of the great boxer and aims to inspire people to do their best.

Visit the Big Sandy Heritage Center Museum to learn all about Native American and pioneer history in the region, the timber and logging industry in the 1800s, the Civil War, the Coal Rush, and the story of the Hatfields and McCoys. The Hatfield-McCoy Feud Driving Tour guides you through the area of the famous feud between the two families, which lasted more than a decade. You can learn a lot about the era and see where the actual events took place.

Mammoth Cave National Park is home to the largest network of caves in the world. The park has an endless variety of recreational opportunities. Some of the options include over 80 miles of hiking and biking trails, cave tours, horseback riding, canoeing, and kayaking. If you're looking to spend the night in the park, you can stay at the Lodge at Mammoth Cave, where you can choose between modern hotel rooms and historic cottages. Or brave the outdoors at one of the park's 13 backcountry or riverside campsites.