Rent to Own Homes in New Mexico

It's home to Walter White and Jesse! Everybody's favorite high-school chemistry teacher calls Albuquerque, New Mexico, his home. Much of "Breaking Bad" was shot in the city - even the parts supposedly set in Mexico. Fans of the show would instantly recognize the Rio Grande Rift Valley, the Chihuahuan Desert, and even local city landmarks such as Cowboy's Bar, Combo's Corner, and Twisters Grill (Los Pollos Hermanos) upon stepping into the city.

Santa Fe, New Mexico is a writer's paradise! Love reading? Then you can't go wrong with settling down in Santa Fe, which has played home to writers of the caliber of D.H. Lawrence (who said Santa Fe 'stirred his soul') and Cormac McCarthy. The city's dry climate and stunning desert landscapes have inspired artists like Georgia O'Keeffe, sculptor Rebecca Tobey, Eliot Porter, and writers George R.R. Martin, Douglas Adams, and Kate Braverman. Of course, a city as rich in artistic heritage also has plenty of museums, theaters and galleries, including the Santa Fe Opera, the New Mexico Museum of Art, the Georgia O'Keeffe Museum, and the D.H. Lawrence Ranch.

Check out 296 New Mexico rent to own homes for sale, which may include auction properties, for sale by owner, and more.
1 of 26 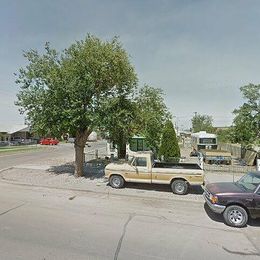 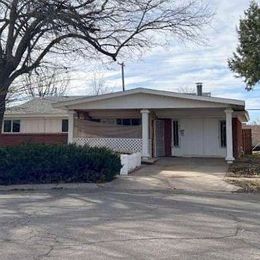 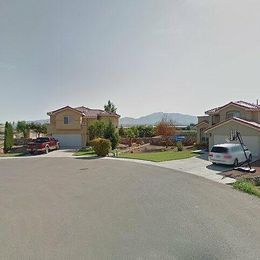 Search for rent to own homes in cities near New Mexico

Its real estate is full of history and character! New Mexico is where America meets Mexico. This blend of cultures has given rise to cities filled with more character than the most historic of New England towns. This is reflected in homes around New Mexico as well, which are often built in a unique Mexican-American style. You'll find plenty of adobe style houses dotting Santa Fe and Albuquerque, many of which date back to the 18th century.

Living here is cheap! The cost of living in New Mexico is 7.37% lower than the national average. Average home price is $210,000 and property taxes are lower than all but two states. Even rental rates are relatively low - you can get a three-bedroom, rent to own apartment in Santa Fe's best neighborhoods for under $1,200, while renting in Albuquerque will set you back by a little over $1,000.

It has stunning landscapes! It's nearly impossible to describe the sheer scale and grandeur of New Mexico's landscapes in words. From the vast Chihuahuan Desert to the Sangre de Cristo Mountains, the sheer size and scale of New Mexico's natural bounty will take your breath away. And if that doesn't get you excited enough, hike up the White Sands National Monument, which is a vast desert made of gypsum crystals!

Las Cruces! Las Cruces, New Mexico, is a city of over 100,000 people that sits right at the Mexican border. Desert, mountain and river come together in perfect harmony in Las Cruces. You will have the stunning Picacho Mountain as your backdrop, the Chihuahuan Desert as your palace of solitude, and the unique culture of Mesilla Valley. There are endless golf courses - New Mexico State University Golf Course, Sonoma Ranch, and Red Hawk - indigenous adobe communities along Highway 28, historic theaters like the Rio Grande Theater, and of course, that almost perfect New Mexico weather. Little wonder that Smart Money named Las Cruces one of the best places to retire in in the US.

Relax in the state's many spas and resorts! New Mexico has more spas and springs than Los Angeles has actors. There's the Ojo Caliente Mineral Springs - a hot spring with four types of mineral waters - the Bishop's Lodge Ranch Resort and Spa and the Ten Thousand Waves spa in Santa Fe, and the El Monte Sagrado Living Resort and Spa, which has unique spa treatments made from desert plants.

It's the best place in the country to go RVing! RVing is a real fun activity in New Mexico. The state has a long tradition of trade routes and boasts the oldest highway in the country, the King's Highway. The desert and mountain landscape means that not only do you get stunning views, but driving itself is sheer pleasure on the twisting, turning highways. Some of the state's best roads for RVing are the Rout 28 from Sunland Park to Mesilla, which runs through Llama ranches and vineyards, the US 180 from Alpine, Arizona to Deming, New Mexico, and The Road to Timberon, which runs through the Lincoln National Forest.

Great food! New Mexico's Mexican inspired cuisine is one of the top reasons to live in the state. And it's not just the big cities that boast great cuisine. In fact, the best Mexican restaurants in the state are often in small towns like Orlando's New Mexican Cafe and La Cueva in Taos, Cafe Rio in Ruidoso, Stella Vita in Alamogordo, and El Cafecito in Grants, New Mexico.

It's a great place for outdoor adventures! New Mexico's amazing weather and laid back lifestyle has made it the perfect place for outdoor enthusiasts. You can go ballooning at the Albuquerque International Balloon Fiesta - one of the largest in the country - or even go skiing at the Taos Ski Valley and Angel Fire Resorts. Which is to say: you really don't have any excuses not to buy a house in the Land of Enchantment!