Rent to Own Homes in New York

Located on the eastern coast of the U.S., the Empire State is one of the 13 colonies that eventually became the United States. More than 19 million residents live in the state and get to enjoy professional sports teams such as the Knicks, Nets, Yankees, Mets, Rangers, Islanders, and Jets - all of them loaded with history and rivalries. Covering over 47,000 square miles, New York abuts the states of Massachusetts, Connecticut, New Jersey, Vermont, and Pennsylvania in the U.S., the provinces of Ontario and Quebec in Canada, and the Atlantic Ocean to its east.

The state's coastal location has made it a destination for immigrants from the four corners of the Earth for hundreds of years, and it continues to be a melting pot of people from varying races and nationalities. From the urban and suburban neighborhoods of the five boroughs to the mountainous areas upstate, there is a wide variety of options to choose from. So whenever you're ready to move, start building equity with a rent to own home in New York.

Check out 296 New York rent to own homes for sale, which may include auction properties, for sale by owner, and more. 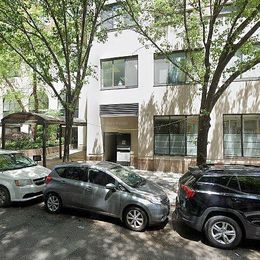 Search for rent to own homes in cities near New York

The overall cost of living in New York is 20% higher than the national average, but it could be significantly higher or lower, depending on where you live: In Binghamton, the overall cost of living is 25% less than the rest of the country, and has extremely low housing and transportation costs. Manhattan, on the other hand, is 158% higher than other parts of the country.

If you're interested in New York rent-to-own homes, don't forget to consider important factors in addition to monthly living costs, such as average commute, taxes, crime rates, etc. The following are some common Maryland statistics compared to the U.S. national average.

Over 1.6 million people call the island of Manhattan in New York City their home. Whether you're into sports, history, arts, or science, you're sure to find many appealing destinations - regardless of your age. Watch a show on Broadway; go to a Knicks game at Madison Square Garden; check out the observatory on top of the Empire State Building; visit world-class museums, such as the Museum of Natural History, Gulliver's Gate, or Madam Tussauds; take a stroll through Central Park and then visit the zoo; or take a relaxing ferry ride across the Hudson River and back. Manhattan is the home of the United Nations, the NASDAQ, the New York Stock Exchange, and so much more. It's no wonder that more than 65 million people visited the Big Apple in 2018.

People who live in Buffalo get to enjoy a leisurely stroll along the banks of Lake Erie or to visit locations such as the Buffalo Museum of Science, the Buffalo Zoo - the third oldest zoo in the U.S. - and many other popular spots. Located within 20 miles of the U.S. Niagara Falls, the city gets nearly $2 billion in spending and 33,000 jobs out of its tourism industry. Buffalo has more than a quarter of a million residents and covers an area of more than 40 square miles. With an airport to get in and out of the city and a rideshare and bus and rail system to get around town, Buffalo is a convenient place to live in or visit.

Syracuse is a well-rounded city with 142,000 residents. It has several colleges, including Syracuse University and the State University of New York Upstate Medical University, so a lot of its economy revolves around the field of education. It has a mix of housing options, a downtown, and a business district. The New York State Fairgrounds, which hosts almost 200 events every year - from gun shows to pony shows to the Great New York State Fair - is one of the city's popular attractions. Others include the Rosamond Gifford Zoo, outdoor locations such as Thornden Park, and concerts, shows, and exhibitions at its performing art centers.

From the nightlife in Manhattan to the summer parties in the Hamptons, the Empire State is always hopping with places to go and people to see.

New York has some amazing scenic spots, such as the breathtaking Adirondack Mountains, the U.S. Niagara Falls, and the Finger Lakes, where you can drive by to view the 11 finger-shaped lakes or stop for boating, fishing, hiking, museums, and a host of exhibitions and activities. Spots like the iconic Statue of Liberty and the Ellis Island National Monument are also great even if you don't have an interest in history.

The New York Aquarium, with its variety of aquatic species, and the 265-acre Bronx Zoo's endless assortment of mammals, amphibians, reptiles, and birds, are family-friendly locations where you can spend an entire day of fun. The state also has several amusement parks, including Adventureland and the world-famous beachfront Luna Park in Coney Island, with its iconic Cyclone ride.

And there are tons more! With so much to do and see in New York, there's a little something for everyone - you'll have absolutely no problem blending in and finding your own unique niche.