Rent to Own Homes in Pennsylvania

The Commonwealth of Pennsylvania was admitted as the second of the United States of America on December 12, 1778. From the headquarters of George Washington's army in Valley Forge during the late 1770s to the Battle of Gettysburg during the Civil War and more, an endless amount of history has taken place in this state. From sports teams to dining, recreation, and attractions, Pennsylvania has so much to offer.

It is an economic powerhouse-its Gross Domestic Product of $817 billion as of the third quarter of 2019 was ranked 6th in the nation-with plenty of room for new residents to join. Comprised of 44,742 square miles, approximately 12.8 million people reside in the "Keystone State." Pennsylvania conveniently abuts the U.S. states of New York, New Jersey, West Virginia, Ohio, Maryland, and Delaware, as well as the Canadian Province of Ontario. Read on to find out why you should join the ranks and find your next rent-to-own home in Pennsylvania.

Check out 296 Pennsylvania rent to own homes for sale, which may include auction properties, for sale by owner, and more. 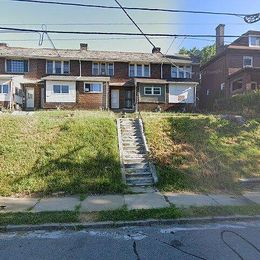 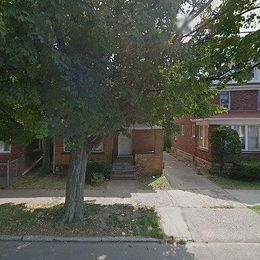 Search for rent to own homes in cities near Pennsylvania

Average Cost of Living in Pennsylvania

Pennsylvania has an average household income of nearly $57,000 and a cost of living that's 7.5 percent below the national average, but there's a wide range of averages throughout the state. In West Chester, the overall average income is 29 percent higher than the rest of the country, but Pittsburgh is 12.5 percent lower.

The median home price in Pennsylvania is $173,700, which is nearly 25 percent lower than the United States' average of $231,200. The price could vary depending on which city interests you-State College, PA, has a median price of $328,500, while West Mifflin's average is right around $100,000. This makes opting for a rent-to-own home a great option, especially in those areas where home prices are higher.

If you're interested in Pennsylvania rent-to-own homes, don't forget to consider important factors in addition to monthly living costs, such as average commute, taxes, crime rates, etc. The following are some common Pennsylvania statistics compared to the U.S. national average.

Philadelphia - Home to sports teams such as the 76ers, Phillies, Eagles, Flyers, and the Union, there's always a sporting event and rivalry in "Philly" regardless of the season. Walk the streets of Independence National Historical Park, and you'll get to see the Liberty Bell, Independence Hall (where the Declaration of Independence was signed), and the National Constitution Center. You can stay in one of the many downtown hotels, visit the first and oldest zoo in the United States, and enjoy every type of cuisine in the "City of Brotherly Love."

Hershey - Though it's an unincorporated community spanning only 14.36 square miles with fewer than 15,000 residents, more than 3 million people visit the "Chocolate Capital of the World" every year to enjoy the world-famous Hersheypark. While you're there, you can learn about the history and accomplishments of Milton S. Hershey at the Hershey Story Museum. Or you can visit Chocolate World to take an indoor train tour of the chocolate factory, taste-test all sorts of goodies, and create your own candy bar. You can also take a trolley tour of the historic town to learn about its rich history.

Pittsburgh - The Steel City is known to have a deep history of arts and culture. With iconic centers for the performing arts, such as the Benedum Center and Heinz Hall, visitors can catch a great show that appeals to their artistic side. Museums and attractions abound throughout the city. From the Duquesne Incline, where you can ride a 150-year-old wooden cable car to catch breathtaking views of the city, to the Carnegie Museum of Natural History, to aquariums, zoos, aviaries, and much more, there's plenty to do for people of all ages.

The state has more than 2,500 municipalities, encompassing every type of lifestyle and social status, for potential residents to choose to call Pennsylvania their home.