Rent to Own Homes in Tennessee

In 1772, a group of Europeans living in what is now Tennessee formed the Watauga Association - the first government body in America not under British rule. They leased land from the Cherokee, elected magistrates, created a court, and hired a sheriff without England's permission. Tennesseans continued to defy the British and participated heavily in the Revolutionary War by sending troops to other territories to help America gain its independence. The state suffered greatly during the Civil War. Most of Tennessee's property was destroyed, and its people were killed in the many battles throughout the state.

During the late 19th century, the state began to rebuild. What you'll find in Tennessee today is a modern state that is home to Fortune 500 and 1000 companies and whose economy was ranked 12th in the country by U.S. News in 2019. Tennessee's government provides a full range of services for its 6,829,174 citizens while being the most fiscally stable state in the nation.

Check out 296 Tennessee rent to own homes for sale, which may include auction properties, for sale by owner, and more. 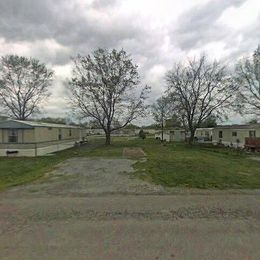 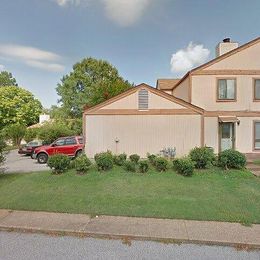 Search for rent to own homes in cities near Tennessee

Average Cost of Living in Tennessee

Tennessee has an affordable cost of living that's 12.4% lower than the national average. The state excels in the categories of groceries, housing, utilities, and transportation, while health costs are 1.9% above average. Although Nashville, the most populous city in the state, is 1.6% higher than the U.S. average, desirable cities such as Knoxville and Memphis are 14.5% and 24% lower.

You won't have to pay much for a house in Tennessee. The median cost of a home in the state is $164,500, which is significantly lower than the national average of $231,200. Nashville's average is $262,000, but that doesn't mean you can't find low-priced homes in the more popular cities. Memphis is the second-most populous municipality in the state, and the median home cost in the city is $85,700. You can find very affordable rent-to-own homes in Tennessee without looking too hard.

If you're interested in Tennessee rent-to-own homes, don't forget to consider important factors in addition to monthly living costs, such as average commute, taxes, crime rates, etc. The following are some common Tennessee statistics compared to the U.S. national average.

Future president Andrew Jackson founded Memphis in May of 1819. Like many cities in Tennessee, there's music in the air in Memphis. Elvis Presley's home, Graceland, and Beale Street, an entertainment district within the downtown, are two iconic spots that people associate with the city. Memphis is a full-blown municipality with 651,073 residents. It has everything you could expect in a major city - an international airport, a prosperous economy, a lively downtown, and even a professional sports team, the Memphis Grizzlies.

Nashville, also known as ""Music City,"" is both the capital and the most populous city in Tennessee. Its 670,820 residents live in a variety of neighborhoods, from luxury apartments above the downtown to the brick-lined Historic Germantown. Nashville had an 11.2% population increase over the past decade as people flocked to the city for its strong job market. It is a friendly, diverse city that supports its businesses and citizens' needs. Residents enjoy its location along the Cumberland River, where they can use the water for recreation, relax at a riverside park, and dine at riverfront eateries.

Jonesborough is the oldest municipality in Tennessee. Founded in 1779, this charming town has 5,611 residents. Its 5.14 square miles have lots of appeal. Jonesborough offers guided tours to teach about its history, a 130-acre park with walking and hiking trails, and a full-scale waterpark. The downtown has interesting local artisanal shops such as Paul's Pens and Odds and Ends, the largest handcrafted pen store in the country, and Antiques and Artisans, a 10,000-square-foot shop that sells everything from silver products to Victorian furniture. You can stay at a variety of hotels ranging from modern to historical and unique.

Popular Amenities and Attractions in Tennessee

Great Smoky Mountains National Park, part of which is in Tennessee, provides visitors a full outdoor experience. Its more than 500,000 acres contain mountains, streams, vegetation, waterfalls, and wildlife. If you want a unique camping experience, hike the trails to LeConte Lodge and spend the night in a cabin. Located 6,360 feet up Mount Leconte, you'll enjoy breathtaking views and a serene, natural environment.

Tennessee might not be Hollywood, but it does have Dollywood Parks and Resorts. The theme park provides fun, games, rides, shows, and dining for the whole family. You'll also find a waterpark and the Chasing Rainbows Museum, where you can learn about Dolly Parton's accomplishments and view the costumes and outfits the famous singer wore during her movie and singing careers. If you want to spend the night in the area, you can stay in a cabin with mountain views or at the DreamMore Resort and Spa.

The state preserves its horrifying Civil War experiences despite losing almost every battle during the war. You can learn a lot of its history at destinations such as the Chickamauga and Chattanooga National Military Park or Fort Pillow State Historic Park. Or visit the Carter House and Canton to gain a better understanding of the effect the war had on the country as a whole.

There were some sad moments in Tennessee's history, but the state is now an affordable, charming, and economically sound place to live. Luckily, Tennessee also has many well-priced rent-to-own homes available for you to choose from.