Rent to Own Homes in Lake Havasu City, AZ

It's the perfect market to rent to own! The estimated median home value in Lake Havasu City in 2011 was $168,101, compared to the Arizona median value of $153,800. This means that while owning a home may be out of your price range, choosing to rent to own instead could be a smart alternative.

Check out 254 Lake Havasu City, AZ rent to own homes for sale, which may include auction properties, for sale by owner, and more.
1 of 20 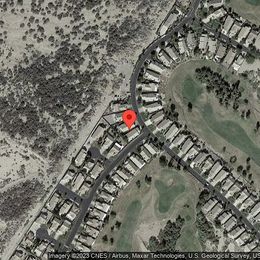 Search for rent to own homes in cities near Lake Havasu City, AZ

A piece of London in Arizona! A popular tourist attraction is the London Bridge which crosses a man made canal connecting Lake Havasu to Thompson Bay. Bought from the city of London in 1968, the bridge was shipped to the U.S. and reassembled in Lake Havasu City in 1971.

Renting to own opens up your options! Of the 22,991 houses in Lake Havasu City, only 22% are renter occupied, so there isn't a huge tidal wave of apartments and rental condos. The state average is that 27% of the population is renting. That means considering rent to own homes during your apartment search opens up your options if you're not ready to buy a property.

Outdoor events! The International World Jet Ski Final Races are held on the lake, as well as boat regattas and fishing tournaments. The city is also the site of the annual Chilln-n-Swilln Beer Festival, which benefits local charities.

Home values are rising! The value of a home is rising at the rate of about 9.4% a year and about $10,000 more than the national average, so investing in rent to own houses now before the values rise even more is a sound investment.

Something for everyone! Shoppers will love spending time in the stores in the Shops at Lake Havasu, while racing fans will want to check out the Havasu 95 Speedway. The Lake Havasu Art Collective is a great way to experience the works of local Lake Havasu City artists.

More owners are choosing to rent instead of sell! The number of home sales has decreased 42.5% in the last year. This means that while there are less homes being sold in Lake Havasu City, the number of owners trying to sell their homes remains about the same. More and more home owners are considering renting or renting to own instead.

Plenty of parks! Skaters can practice tricks at the Havasu Skateboard and BMX Park, while joggers can run the trails in Wheeler Park or Rotary Park.

Fun on the water! Take your boat out on Lake Havasu, and then store it at the Sandpoint Marina. The Famous Turtle Beach Bar is a popular hangout along the shore.