Rent to Own Homes in Illinois

Illinois is known as "The Prairie State" because most of the state was originally covered in prairie grasses. Although it is more developed at this point, there's still a homey feel to much of the state. Its 12,671,821 residents share 2,787 cities, each with its own governing body, and there are a total of 852 school districts in Illinois. The primary industries in the state include healthcare, manufacturing, retail, education, hospitality, and finance and insurance.

Corporate giants such as Walgreens Boots Alliance, State Farm Insurance, Caterpillar Tractor, AbbVie, Abbott Laboratories, McDonald's, and many more have their national headquarters in Illinois. There are many jobs available and a variety of housing types and cultural opportunities. Deciding to move to Illinois might be easy, but with so many options to choose from, figuring out exactly where to buy a home might be a little more difficult.

Check out 296 Illinois rent to own homes for sale, which may include auction properties, for sale by owner, and more. 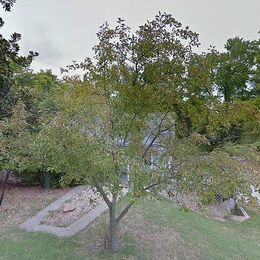 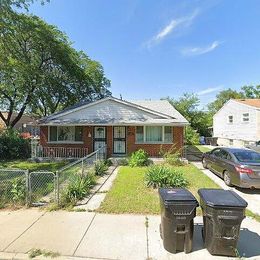 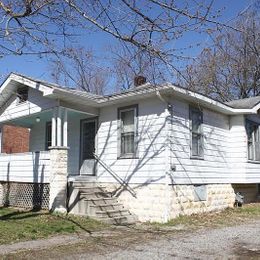 Search for rent to own homes in cities near Illinois

Average Cost of Living in Illinois

It's pretty easy to find an affordable place to live in Illinois. The average cost of living in the state is 6.6% lower than the national average. Although cities like Lake Forest have an overall cost of living that's 69.9% more than the rest of the country, there are plenty of municipalities that are much less costly. For example, Percy and Peoria are 26.5% and 24% below average, respectively.

The median price of a home in Illinois is $183,700, which is 20.5% lower than the national average of $231,200. Springfield homes have a price tag of $105,400 - 54.4% lower than the national average - and Chicago's average of $229,100 is only slightly below average. In general, there are many affordable housing options in Illinois, and these are even more affordable when you consider buying a rent-to-own home.

If you're interested in Illinois rent-to-own homes, don't forget to consider important factors in addition to monthly living costs, such as average commute, taxes, crime rates, etc. The following are some common Illinois statistics compared to the U.S. national average.

Chicago - With more than 2.5 million residents, Chicago is the only large city in Illinois. Sports are front and center in the Windy City, with professional teams such as the Bulls, Blackhawks, Cubs, White Sox, Bears, and the Chicago Sky. The city has an amazing economy with a $609 billion gross regional product, which is higher than many small countries' gross domestic product. Hundreds of major corporations and dozens of Fortune 500 companies are based in Chicago. Economic opportunities abound for people who move to the city.

Springfield - Although it is the capital of Illinois, Springfield only had 114,230 residents in 2019. Abraham Lincoln and his wife Mary lived in Springfield for 17 years, and many people come to the city to visit the Lincoln Home National Historic Site and the surrounding neighborhood, which was restored to its 1800s appearance. Other popular stops in Springfield include the Abraham Lincoln Presidential Library and Museum, the Henson Robinson Zoo, and several other museums and parks.

Peoria - Peoria is a port city located along the Illinois River. It had 110,417 residents in 2019, and it only comprises 48 square miles, but it has a lot to offer for a city of its size. Its primary industries are construction, manufacturing, and shipping. The scenic, relaxing Grandview Drive was dubbed by President Theodore Roosevelt as the world's most beautiful drive. The Peoria Zoo, a botanical garden, the Par-A-Dice Hotel Casino, and more are all located within city limits.

Popular Amenities and Attractions in Illinois

Grant Park, named after President Ulysses S. Grant, is 313 acres and is located in the middle of Chicago's business district. There are several museums on-site, including the Field Museum of Natural History, the Adler Planetarium, the Shedd Aquarium, and the Art Institute of Chicago. The park offers a variety of recreational activities and food and music festivals. It is the location where the Chicago Marathon begins and ends.

Starved Rock State Park is an excellent spot for people who enjoy the outdoors. It has 133 premium campsites, a campground store that sells camping supplies, and 18 canyons with seasonal waterfalls. Other amenities include boat and trolley tours, kayak and canoe rentals, and 13 miles of hiking trails. After spending the day outdoors, you can visit the lodge and dine at its on-site restaurant or sit down to a meal at the park's picnic area.

More than 117 million people visited Illinois in 2018 because of what it has to offer. If you're thinking of relocating, this state should definitely be on your radar. Find your Illnois rent-to-own home today.