Rent to Own Homes in Elizabeth, NJ

Elizabeth, New Jersey, sounds like a very regal city, and many people think it was named after Queen Elizabeth. In fact, it was actually named after Elizabeth, the wife of Vice Admiral Sir George Carteret, one of the two original proprietors of the colony of New Jersey. The city has been around since 1855 and is now one of the larger suburbs of New York City, which is just 15 miles away. Today, Elizabeth is a thriving town that is home to nearly 125,000 people.

Check out 296 Elizabeth, NJ rent to own homes for sale, which may include auction properties, for sale by owner, and more. 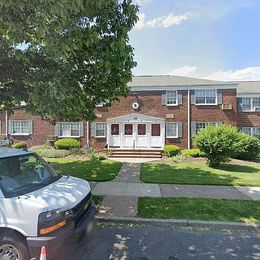 Search for rent to own homes in cities near Elizabeth, NJ

Housing Despite its very close proximity to one of the most expensive housing markets in the world, Elizabeth has comparably affordable housing. The median home price sale price for the period of May-July 2013 was $183,000, below the national median price of $208,000. However, the 79 houses sold during this period represent a 147 percent increase in the number of sales compared to the previous year, which suggests that the housing market in Elizabeth is recovering from earlier slow periods.

Largest Employers and Industries The employment market in Elizabeth has come a long way from its beginnings as the home of the Singer Sewing Machine Company. Today, transportation is one of the city's biggest industries. The Port Newark-Elizabeth Marine Terminal and the Newark Liberty International Airport are located in Elizabeth. Elizabeth is also home to the Bayway Refinery, which is owned by Phillips 66 and supplies petroleum to the New York/New Jersey area. Celadon is a planned mixed-use development that will include skyscrapers, retail outlets, offices, a hotel and a boardwalk; it is currently under construction with expected completion by 2020.

Local Shopping Elizabeth is part of the Urban Enterprise Zone in New Jersey, which means you don't have to pay any sales tax on clothes. You won't want to miss the Jersey Gardens Mall, which is an outlet mall that has discount prices on some of the most upscale brands. Shoppers come from all over the metro New York City region to buy high-end jewelry at Leonardo Jewelers. But if you prefer to seek out deep discounts, go to Cohoes Fashion or the Lost Treasures secondhand shop. And of course you don't want to miss the Elizabeth location of Modell's, the legendary New York City sporting goods store.

Neighborhoods Elizabeth has several distinct neighborhoods. They include Uptown (also called Midtown), the city's largest commercial district, which is located at the junction of Broad Street and Morris Avenue. It has a historic district, including the First Presbyterian Church, which was originally a site of one of the battles in the American Revolution.