Rent to Own Homes in Dearborn, MI

As the birthplace of Henry Ford and home of the Ford Motor Company, Dearborn, Michigan, has a special place in American automotive history. Located within the Detroit metropolitan area, Dearborn has a population of just under 100,000 residents and ranks as the eighth largest city in the state. The city is named after Henry Dearborn, a prominent General in the Revolutionary War. Although Dearborn was settled by people of European descent in the late 18th century, it wasn't incorporated as a city until 1927 following the automotive boom. Today, Dearborn exists as an important steel and auto manufacturing center with a growing immigrant population of Arabic descent. It is also home to the Arab-American National Museum and the Islamic Center of America.

Check out 296 Dearborn, MI rent to own homes for sale, which may include auction properties, for sale by owner, and more. 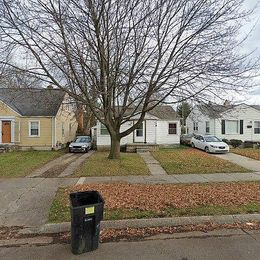 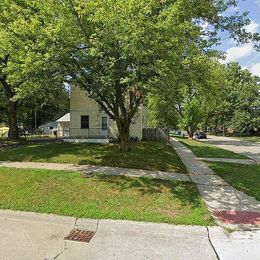 Search for rent to own homes in cities near Dearborn, MI

Housing Statistics Despite its location within the Detroit metropolitan area, real estate values in Dearborn have witnessed a sharp surge in the last few years. Median home sales price has increased from a low of $48,000 in the middle of 2010 to hit nearly $97,000 in 2013. In fact, median sales price has shot up by 57% over the last year alone. With over 470 homes sold in 2012, Dearborn can be classified as a 'strong' real estate market, relative to its location. This is largely due to the growing economy which has, so far, remained isolated from the Detroit's downturn. In fact, Dearborn real estate values are higher than the state average (but lower than the national average by 23 percent), which is why rent to own has become a popular option among would-be home buyers.

Local Restaurants Dearborn has attracted a large Arab immigrant population in the last few decades which has shaped the city's culinary habits. Mediterranean and fusion restaurants are all around Dearborn, especially along Michigan Avenue. M & M Cafe is one of the city's favorite restaurants selling Mediterranean-American fusion food. Tuhama's on W Warren Avenue is another local favorite, especially for its middle-east inspired menu. Hamido, also on W Warren Avenue, serves a delicious shawarma and has the best rated hummus in town. For something slightly less Mediterranean, you can head out to Roman Village on Dix Avenue for some authentic Italian fare. Frida's Mexican Cuisine is the city's favorite spot for a taste of authentic, home-cooked Mexican cuisine.

Outdoors Activities Dearborn is big on golf courses. There are several world-class golf courses in the city, including the Dearborn Hills Golf Course, the Dearborn Country Club, TPC of Michigan Golf Course, and the Warren Valley Golf Course located in neighboring Dearborn Heights. If swinging a golf club isn't your thing, you can head out to the Environmental Interpretive Center, a facility developed by UMich-Dearborn. This vast outdoor area is spread over 300 acres and serves as a base for scientific research, educational trips and interactive learning sessions. It's a great place for families with children to get close to nature and learn something in the process.

Neighborhoods As a moderate sized city, Dearborn has several distinct neighborhoods. Some of these are: