Rent to Own Homes in Clifton, NJ

The city of Clifton, New Jersey is to be found in Passaic County. Previously home to actor Jon Seda and actress Nina Arianda, Clifton is New Jersey's eleventh largest municipality. Ten miles west of New York City, Clifton has a population of around 84, 136.

Check out 296 Clifton, NJ rent to own homes for sale, which may include auction properties, for sale by owner, and more.
1 of 24 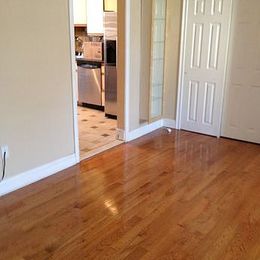 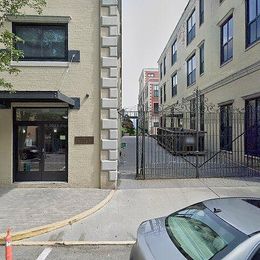 Search for rent to own homes in cities near Clifton, NJ

Housing Statistics Anybody looking to obtain a rent to own apartment within the city would be happy to know that there are properties readily available. 4.02% of all apartments in the city are unoccupied. In addition, Clifton's annual residential turnover averages out to about 11% over the last five years. The percentage of homes owned is 61.9%, whilst 38.1% of homes are rented. In all, there is a vacancy rate of 7.4% on all empty household units throughout the city. (A large part of this percentage being made up of properties to rent). The estimated median house value for a property in the city is $348,800.

Transportation and Commutes Getting around Clifton is not a problem in the least due to the city's transportation service. New Jersey Transit provides the city with a train and bus service that can get commuters to anywhere that they may wish to go. The Suffern and Hoboken Terminals can be reached on the main city transit line which can be caught from Clifton station and Delawanna station. Most bus service routes can get commuters to Newark, Midtown Manhattan and also deliver an efficient local service. However, even with this being the case, only 10% of all workers from the city take public transport to work. Reports claim that 75% of the employed population of Clifton drive alone, 9% carpool and 1% use a bicycle, take taxi or walk.

Local Sports For anyone interested in sports, the city boasts a range of locations where any sports fan can either spectate or take part in the activity of their choice. Clifton Billiards on Main Avenue is one of the state's oldest pool halls. The establishment was always drugs and alcohol free but it is also now smoking free. The establishment is a McDermott cue dealer and offers lessons for students of all ages. If martial art is closer to your sporting activity of choice, the city encompasses a wide range of martial arts centers. Bujinkan Bukeyashiki Dojo and the Clifton martial Arts Academy are an example of two. There are also soccer, baseball and golf associations that people can become a part of. There are also numerous parks and recreational grounds with facilities for bikers, skateboarders and other sports practitioners.

Neighborhoods Neighborhoods in Clifton offer a little bit of something different for all. Depending on where you go, there are a range of foods, housing styles, sporting activities and entertainment centers that are identifiable to specific areas. Most importantly however is that these diverse neighborhoods are home to some of the most colorful and friendly communities within the state. Places where neighbors know each other well. For example Clifton neighborhoods include;