Rent to Own Homes in El Cajon, CA

A few miles to the east of San Diego proper, El Cajon is a picturesque suburban area nestled between the mountains and the ocean. The temperate climate features far more sunny days per year than most of America, and there are no chilly winters here. A quiet, growing community, El Cajon boasts many charming amenities like the El Cajon Farmers Market, El Cajon Plaza Shopping Center and the San Diego Air and Space Museum Gillespie Field Annex. A youthful and family-friendly environment, El Cajon, affectionately known as "The Big Box," has seen rising home appreciation and sales in the last year that prove this is a popular place to live, whether working in San Diego or elsewhere.

Check out 296 El Cajon, CA rent to own homes for sale, which may include auction properties, for sale by owner, and more.
1 of 26 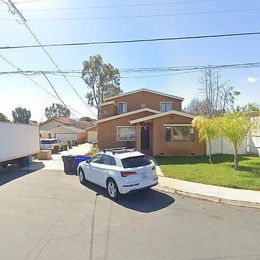 Search for rent to own homes in cities near El Cajon, CA

Housing Statistics There is some good news and bad news with regards to the El Cajon housing market. Though the hunger for new homes has dropped, as evidenced by the lower than normal sale of homes--roughly 2,104 in 2012--it's backed up by rising home sale prices. Prices are way up, in fact, by 20 percent or more in some areas. As far as actual prices go, the average cost of a home, townhome or condo is $322,869, with the median price coming in at $294,950. This is well below the California average for homes, especially so close to a popular big city like San Diego. Neither San Francisco nor Los Angeles can claim such affordable rates. Vacancies are relatively low, around four percent, so an apartment search may take some time. It's a big renter community, with 55 percent of residents renting compared to the 40 percent who own, so taking extra time to find a property may make the most sense. Or, for those interested in accruing value while renting, a rent to own home is a fantastic alternative option. Finally, the annual residential turnover rate is fairly average, with 21 percent of people moving on each year. Even so, the population growth is steady, which is a good sign.

Largest Employers El Cajon has an impressive spread of employers, each taking on a few hundred employees on average. The largest employer located in the city is the Grossmont-Cuyamaca Community College District, which employs 1,490 people, the most by far. The runner up is GKN Aerospace Chem-tronics with 648 employees. Other notable businesses include Taylor Guitars, Sears and Target, with some health centers also accounting for a significant percentage of workers. In fact, El Cajon actually has one of the largest percentages of health care workers within its borders.

School Systems There are two districts that operate the schools within El Cajon: Cajon Valley Union School District handles the elementary and middle schools while the Grossmont Union High School District covers the public high schools. There are a total of six high schools, six middle schools and an extraordinary 19 elementary schools. There are also four colleges located in El Cajon: Grossmont, Cuyamaca, San Diego Christian and Seminary of Mar Abba the Great. Now it should be apparent why this city is considered great for both families and young adults looking to improve their education.

Neighborhood Guide El Cajon has a mixture of highly-populated urban neighborhoods and sprawling suburban housing developments. These are just a few examples.